Seventeen Iowa motorsports legends were inducted into the Iowa Hall of Fame and Racing Museum, Inc. Hall of Fame on Saturday, November 13, 2021, in Webster City. The inductees represent a virtual “who’s who” among Iowa legends in automotive sports. This list includes many living Iowa legends in various areas of the motorsports industry in Iowa, regarded by many as the nation’s “racingest” state. For years Iowa led the nation with the number of tracks holding weekly races in a per-capita basis.

Son of J. Alex Sloan, founder of the International Motor Contest Association (IMCA), John assumed the presidency of the family's American Booking Agency when his father passed away in 1937.  At the time, the Sloan family was promoting more races in the United States than any other promoters.  John continued the family legacy by becoming one of the nation's premier promoters from the late 1930's until 1942 when all auto racing was banned. 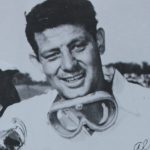 Al began his racing career in the early 1950's and while driving for Marion Robinson, he and the old No. 20 won so often that the other drivers sometimes refused to compete against him.  Al raced at Kessel/Pioneer, Chariton, Knoxville, Waterloo, Corydon, Perry, Newton, Mason City and others.  He also raced in Missouri until he was told not to come back because he was winning too much.  Al was inducted into the Knoxville Hall of Fame in 1982. 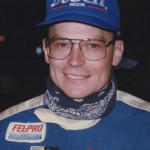 Ray won many, many Late Model Division Point Championships at tracks in West Liberty, Marshalltown, and Blue Grass.  He was also a frequent winner in the Lucas Late Model Dirt Series, the World of Outlaws' Morton Buildings Late Model Series, the Xtreme Dirt Car Series and raced for over 20 years in the IMCA Deery Brothers Summer Series.  Ray is a 2012 Inductee into the National Dirt Late Model Hall of Fame and is respected as being "one class act"! 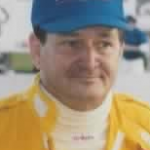 time winningest drivers with over 500 career wins.  He raced in Iowa and 11 other states.  Don placed 15th in the 1975 NASCAR Winston Cup race at Ontario Motor Speedway LA Times 500, raced in two events for Team Jack Housby in 1975 and in 2010 ran in nine ARCA races.  Don was inducted into the National Dirt Track Hall of Fame in 2018, Hamilton County Speedway Hall of Fame in 2019 and the Oskaloosa Hall of Fame in 2020.

Mel, now 87 years old, started his career winning a modified race in Rockford, IL.  He has competed in 1225+ events in modifieds, midgets, Indy cars and sprint cars.  His greatest racing thrill was placing third in an Indy 500 race.  Mel raced all over the USA and in New Zealand and Australia.  Known as the "King of Midgets" and "Miraculous Mel", he has been inducted into the International Motorsports Hall of Fame, Motorsports Hall of Fame of America and the National Midget Auto Racing Hall of Fame.  Mel has won seven USAC Midget Championships, three NAMAR Midget Championships and over 380 midget feature wins. 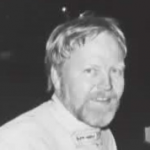 Wayne started racing in the early 1970's and in 1974 won the Grand Nationals in Boone in his Road Runner class '67 Chevelle.  In 1985 he met Bob Harris, bought one of his modifieds and between 1985 and 1999, Wayne accumulated 155 feature wins, dozens of track championships and two Super National wins.  In 1991, he was the IMCA Modified National Champion.  In 1998, Wayne was tied for third on the list of Top Ten IMCA Modified Career Feature Winners.

Taking his dad's race car without his permission, Stacy's first race was in 1958 at the Wright County track in Belmond.  In 1964, Stacy ran Webster City on Wednesdays, Algona on Fridays and Mason City on Sundays and won the championship points at all three tracks.  In 1970, Stacy won his first feature at Knoxville and in 1976 he was the only driver from Iowa to run in the Knoxville Nationals, finishing 4th in the "A" main.  In 1985, Stacy was inducted into the Knoxville Hall of Fame. 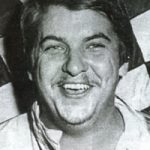 Bill's passion in life was fast cars.  He started racing in 1969 and continued into the 1980's.  Bill didn't always have the best car, but he was a great driver and won 200-300 races all over the midwest and won several track championships.  Bill qualified for the World 100 twice and ran NRA, NASCAR, IMCA, Mid Continent Racing Association and the Outlaw late model series.  He raced a Sanger chassis at Oskaloosa, Iowa State Fairgrounds, Eldon, Cedar Rapids and many others. 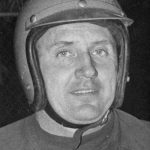 Gene, well known as "The Flying Dutchman" and "Schatzy" raced from 1961-1972 and again from 1986-1992.  Schatzy drove in convertible, short track, modified, sportsman, hobby stocks, go-karts and drag racing.  One of his greatest thrills was winning the 1970 Championship Points at Algona, Alta and Boone.  In 1986, Schatzy was listed in the Top 25 "Greatest of All Time Iowa Drivers" with 225+ feature wins and 10 season championships. 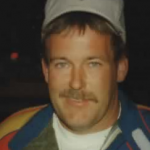 Mike started racing "street" stocks in 1981 and won his first feature at the Stuart Speedway.  Mike won a total of 12 features that season.  In over fifty years of racing, Mike has raced at 50+ tracks in more than 10 states with over 220 feature wins between 1980 and 2007.  He was named a NASCAR Busch Tour Rookie of the Year, won several IMCA National features, 14 Deery Brothers Series wins and many, many track championships in late models, modifieds and Super Stocks.

Larry started riding motorcycles at the age of 16 in 1966, while working at Grove & Burke Kawasaki in Fort Dodge.  His first race was in Fort Dodge in 1967.  Larry competed in over 75 events with many, many wins.  He did hill climbs, motocross, enduros and indoor flat track racing.  In 1977, Larry opened Storm Lake Honda and has sponsored over 60 motocross racers including 2018 Iowa Hall of Fame Inductee, Chad Pederson, Justin Brayton and Tracy Bachman. 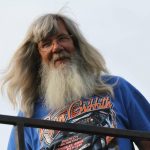 Marty began Figure 8 racing in the 1970's when drivers pulled a car from the junkyard, knocked out the windows and added snow tires and a number!  With the nickname "The Dirt God", Marty was undefeated for three years at the Rockwell City track.  He also raced in Fort Dodge, Denison, Sac City, Eagle Grove, Manning, Hampton.  Marty raced in the "Feature Winners Only" Figure 8 Nationals in Cedar Rapids, won 12 Track Championships and had 100+ feature wins.

No information and photo provided

Jack Dan "JD" was owner of Housby Mack in Des Moines and in 1969 it became and still is one of the largest Mack Truck dealerships in the country.  He was a longtime racing supporter who fielded teams in Indy cars, NASCAR and sprint cars and supported racing throughout the state of Iowa.  In 1975, JD was named USAC's National Stock Car Owner Champion with Ramo Stott as driver. 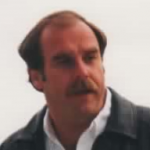 Keith started his racing career in 1971.  Jim Leverington won Keith his first big win and a championship at Freeport Speedway.  Keith moved on to the ARCA series in 1984.  In the early 1990's, Keith moved to North Carolina and worked for Bill Davis Racing.  They hired Jeff Gordon, a 19-year-old sprint car driver, who went on to win the 1991 Busch Grand National Rookie of the Year Award.  After owning and promoting the Farley track, Keith currently restores championship cars of the Freeport Speedway.

"Beetle", recognized as one of the nation's best racetrack photographers, had an uncanny ability to "stop a car in mid-air"!  Morris's nickname, "Beetle", came from a cartoon strip published in the Cedar Rapids Gazette where he worked.  His racing pictures have appeared in many, many racing publications.  His quick thinking and ready eye earned him praise from drivers, fans and the media.  Beetle is an inductee of the Knoxville Hall of Fame. 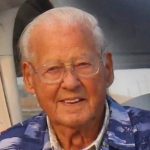 Dean was involved in racing for decades, beginning in 1967 when friend, George Barton, asked him to watch him race in Boone, Iowa.  Dean started contributing to the Hawkeye Racing News in 1975, took photos for IMCA at their national banquets and took photos at several tracks in Iowa.  Dean took photos at and above the Boone Super Nationals for 25 years...a dedicated photographer and a "true fixture" at Iowa tracks for almost 60 years.