The Iowa Hall of Fame and Racing Museum is excited to announce details for our upcoming Hall of Fame Induction Ceremony!  The sixteen individuals being honored this year share deep roots in Iowa’s racing history and have contributed to the sport of racing throughout their careers.

Dick Gustin, from Union, Iowa, with over 200 races, won his very first stock car race in 1955 at Pioneer Raceway in Des Moines, Iowa.

Lee Kunzman was a former driver in the USAC and CART Championship car series and raced in the 1979 Indy 500.

Joel Rasmussen, Ames, Iowa, was a winning racer for over 25 years in Modified, Sportsman and Hobby Divisions.

Earl Wagner, Pleasantville, Iowa, won his first of 43 feature events at Knoxville Raceway in 1958 and continued his career in sprint cars and the USAC series.

Norm Wiemers, from Manson, Iowa, won 27 feature wins in a row in 1963 and is an inductee in the National Sprint Car Hall of Fame.

Bill Davis Sr., Des Moines, Iowa, had over 300 wins and won back to back IMCA Modified National Championships in 1989 and 1990.

Bob Hill, of Holly Ridge, North Carolina, dominated at Midwest tracks and raced in the Busch Late Model Series and the ARCA series.

Chad Pederson, from Fort Dodge, Iowa, was a contender in thousands of professional motocross and super cross races. 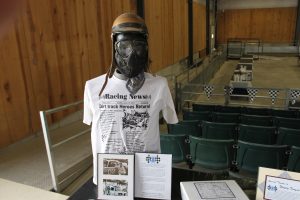 Johnny Johnson was an accomplished late model driver and was also known for his sponsorships and being a multiple track owner.

Gil Sonner, of Des Moines, Iowa, had a 60-year career as an owner and mechanic with his cars and drivers winning more than 150 sprint car and modified feature events.

Bill Haglund, from Waukee, Iowa, was the editor of Hawkeye Racing News from 1979-1990 and is the author of “Racing Through Tim – A History of Automobile Racing in Iowa”.

Nona Warden, from Urbandale, Iowa, has been a well known and respected race scorer in central Iowa for almost 50 years.

We invite you to join us in honoring our inductees on Saturday, November 2, 2019 at the Briggs Woods Conference Center, 2501 Briggs Woods Trail, Webster City, Iowa.  Social hour begins at 5:00 p.m. with a cash bar available and dinner and the induction ceremony to follow.  Ticket prices are $20.00 each and must be purchased in advance.  Tickets can be purchased by contacting Marty Pringle at 515-570-5646 or Teresa Huffman at 515-835-2620 or through the donation tab on our website.  We have discounted hotel rooms available in Webster City at the AmericInn at 515-832-3999 or Super 8, 515-832-2000. Discounted rates will be available until October 2nd and ask for the Iowa Hall of Fame rate.

Your ticket for the: 2nd Annual Hall of Fame Induction Ceremony